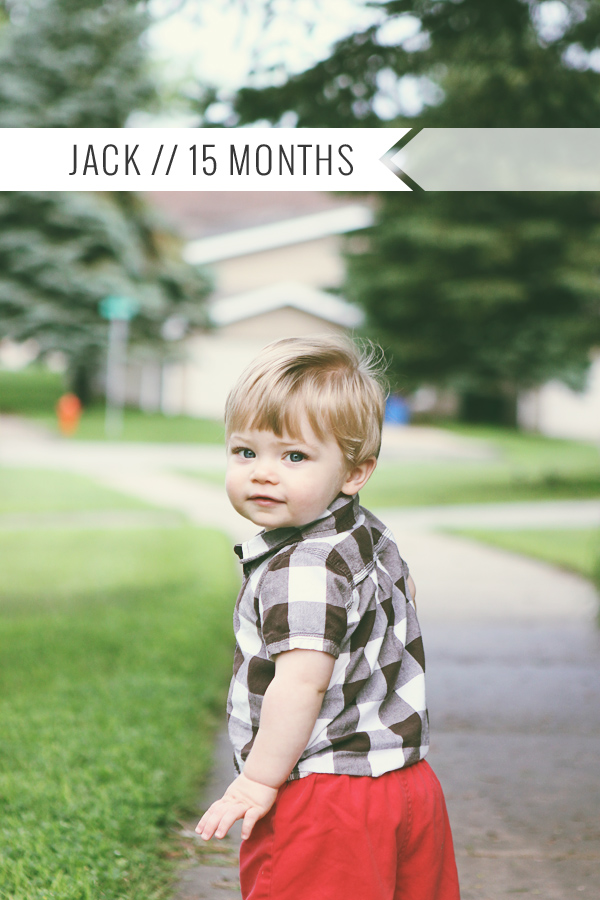 This little boy is back to his normal self with his cast gone! When I took him outside this morning, he had a blast running up and down the street. Thankfully now that summer is here, we can go outside to get his energy out. He loves running after Talullah and running away from me!

He has been quite the talker lately and attempting to say all kinds of words. He still signs “more” if he wants more food. I recently learned that he taught the other 2 kids at daycare to sign “more” too. haha He knows where I keep certain foods so he’ll point to a cabinet and sign “more” until I give in or say no. The word “no” is still hit or miss… sometimes he won’t be bothered by it but sometimes he has a complete meltdown and carefully places himself on the floor (hilarious) before yelling some more. Thankfully he is still distractible so if I say “look a truck” or “is the moon out?” his attention is taken away. That’s good parenting right? ha

We had a rough couple weeks of sleeping because he is getting his cuspids in. Poor baby would wake up crying every couple hours. Ready to be done with this teething thing!

He loves books, going on walks, motorcycles, tickling Daddy, his blankie, pacifiers, food (even carrots, tomatoes, and asparagus!), Baby Einstein videos, and Mama :). Oh and he just discovered his belly button as you can tell in one of the photos ;). 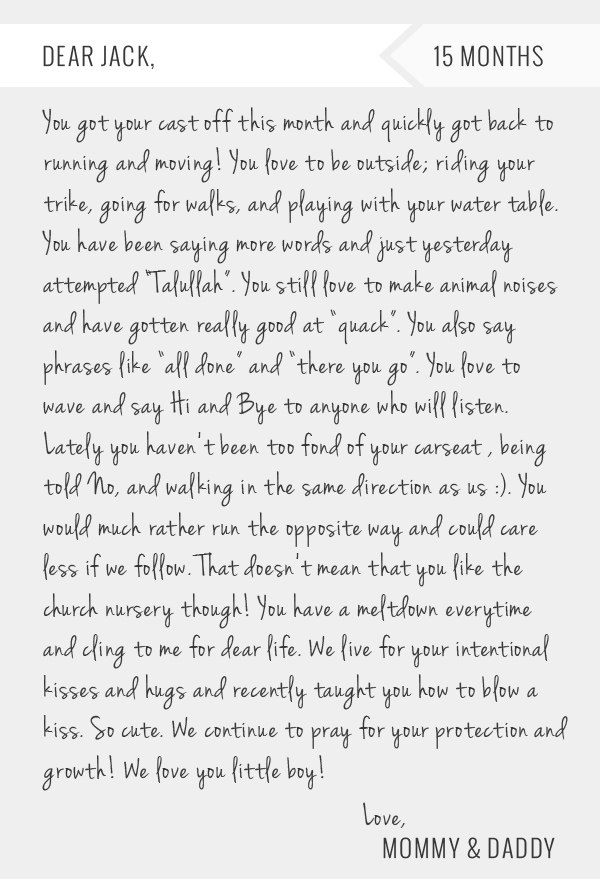 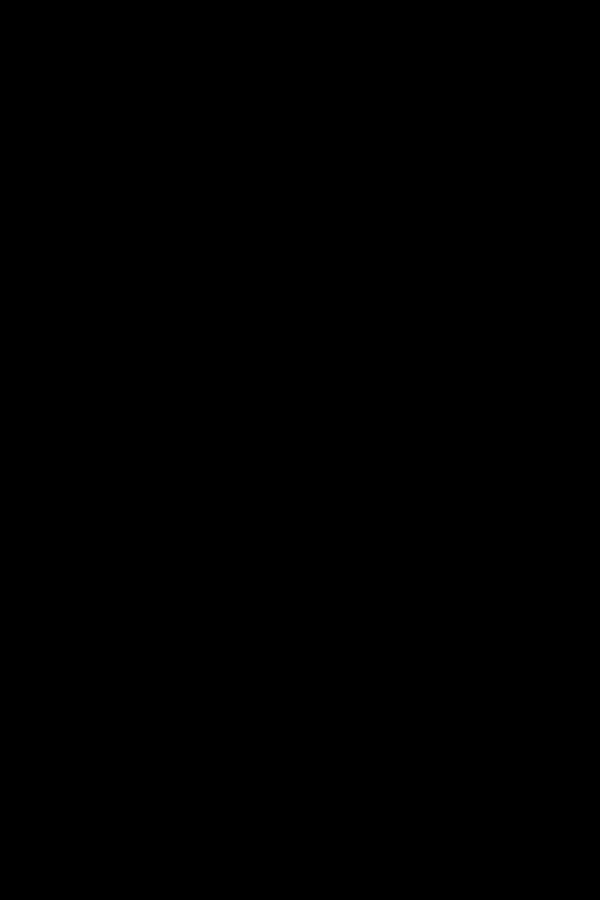 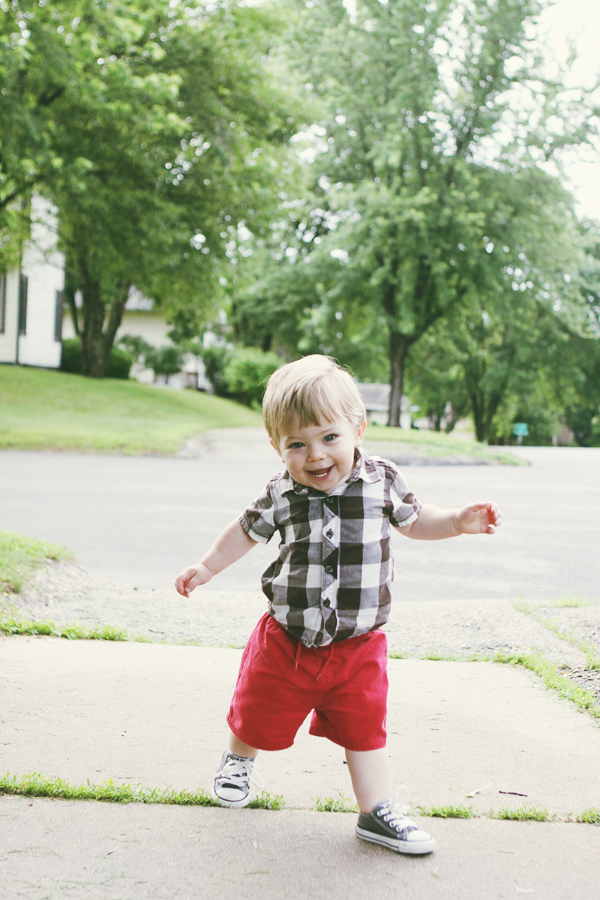 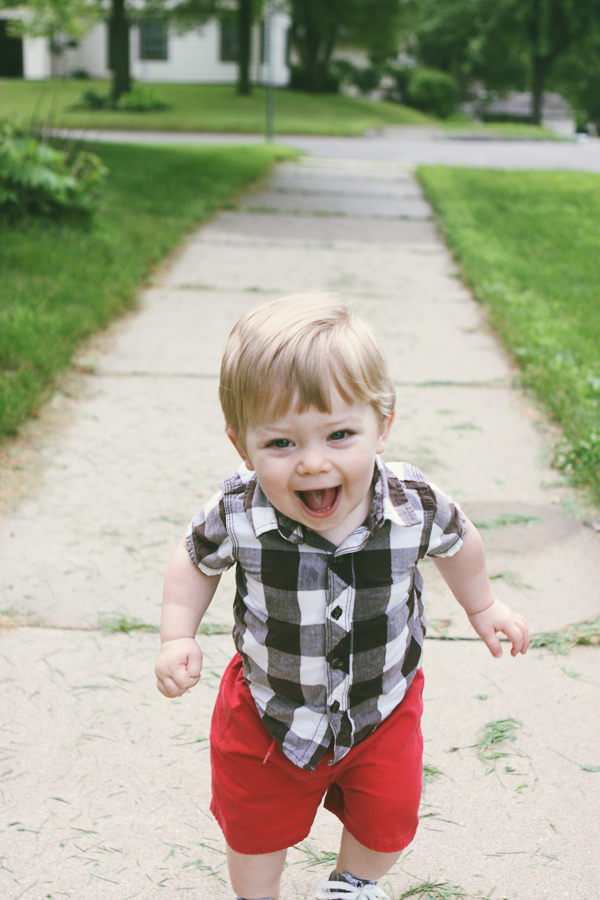 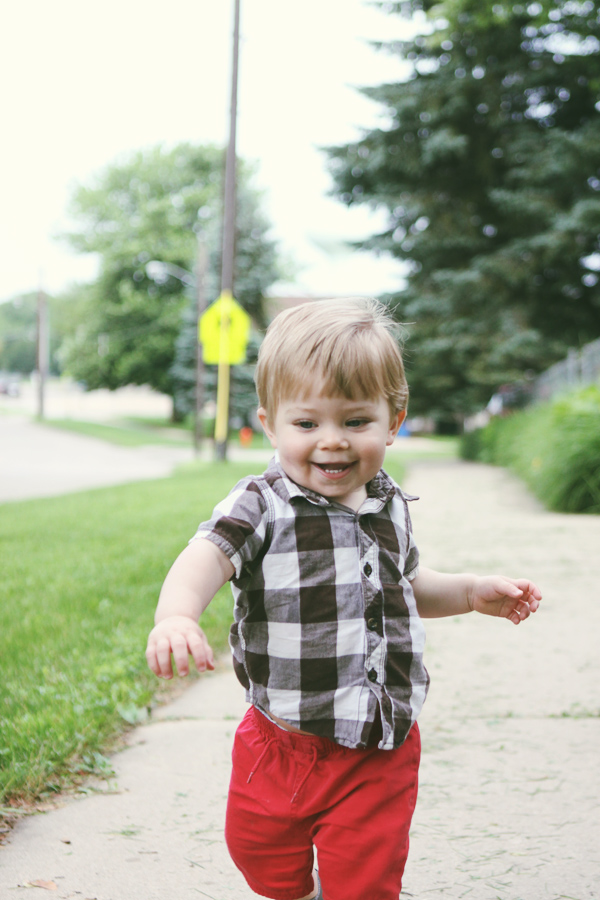 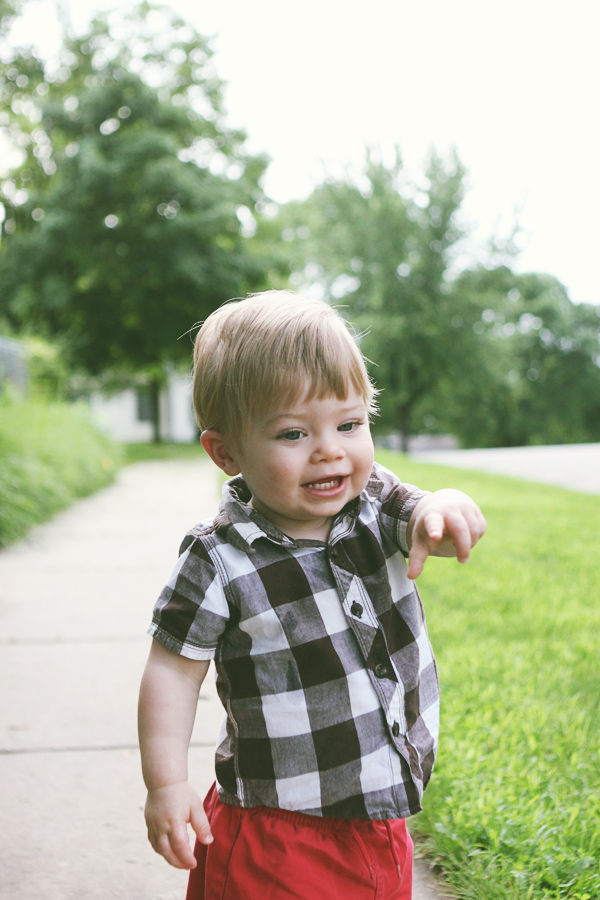 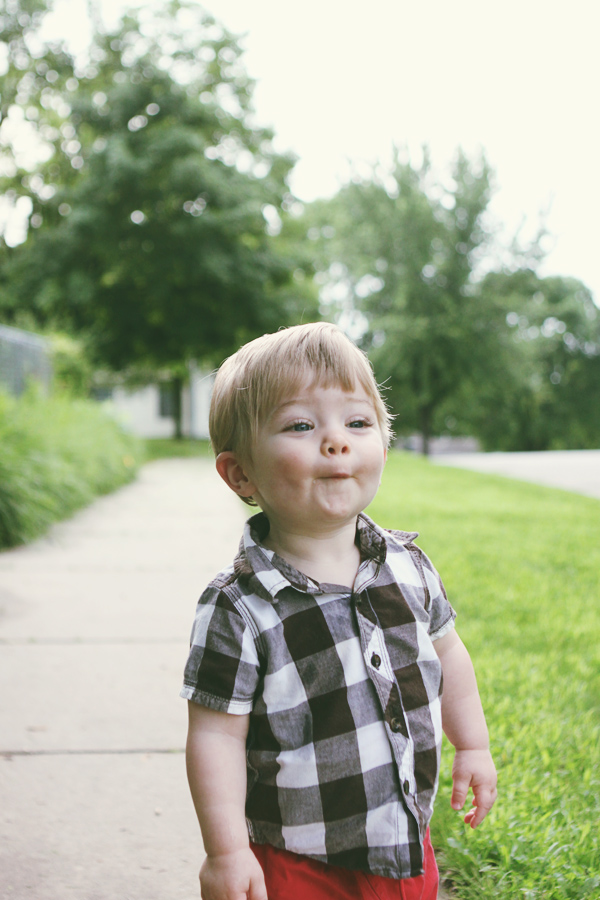 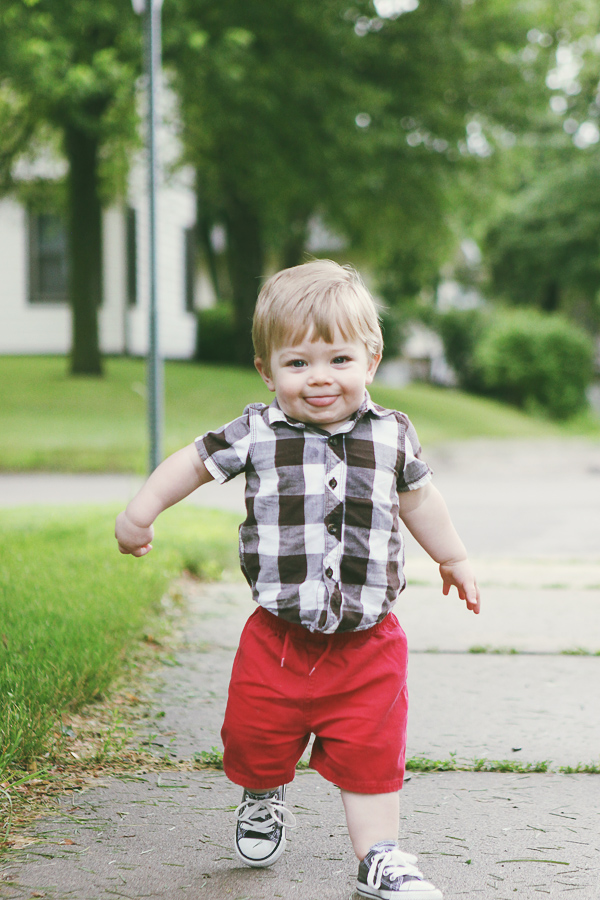 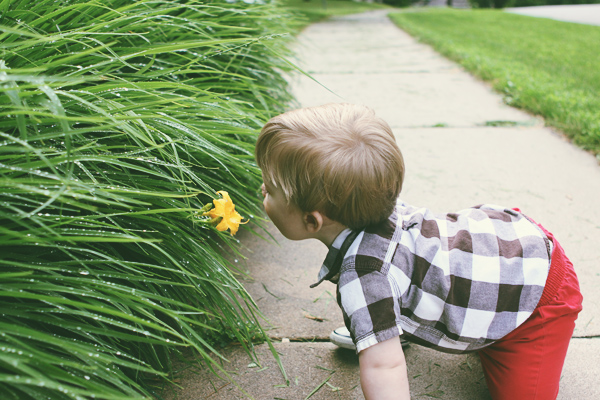 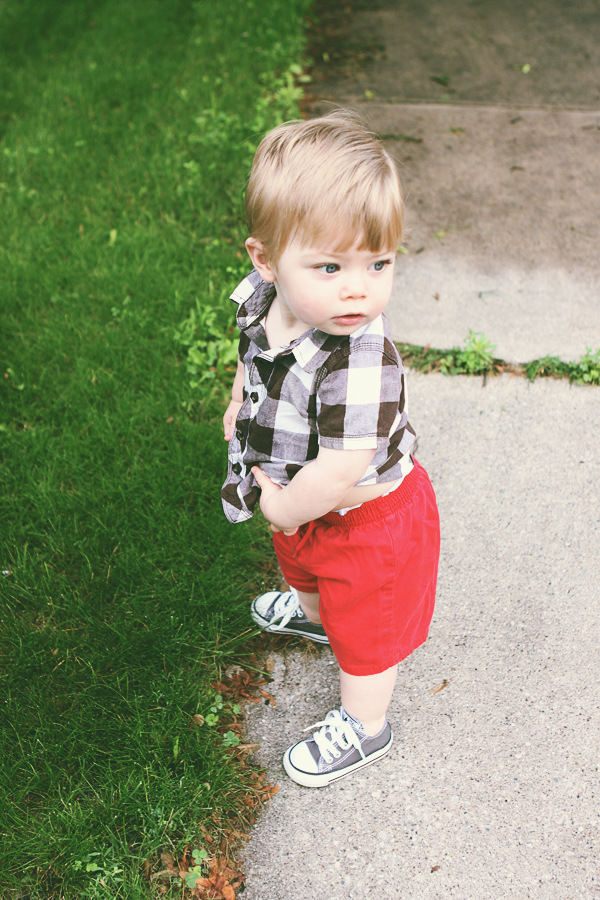 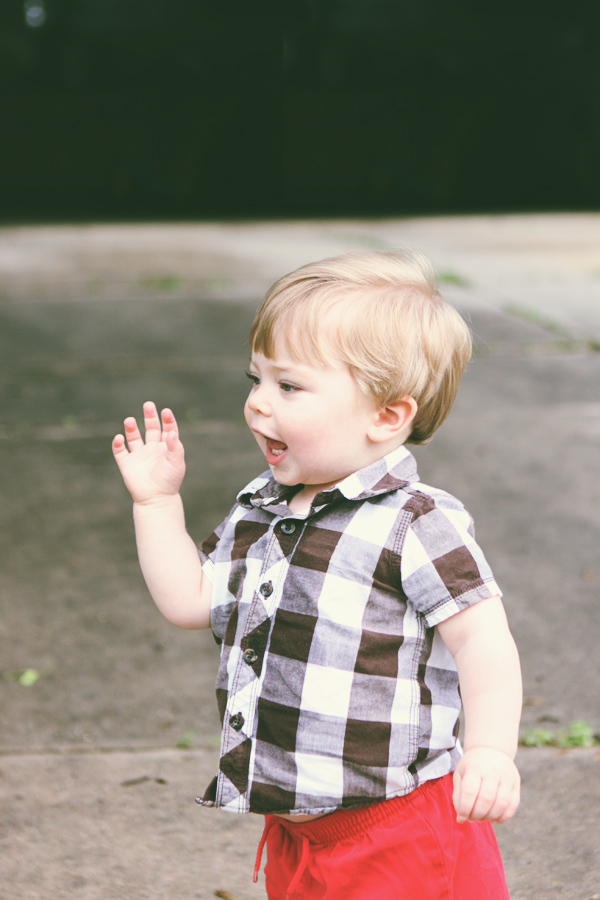 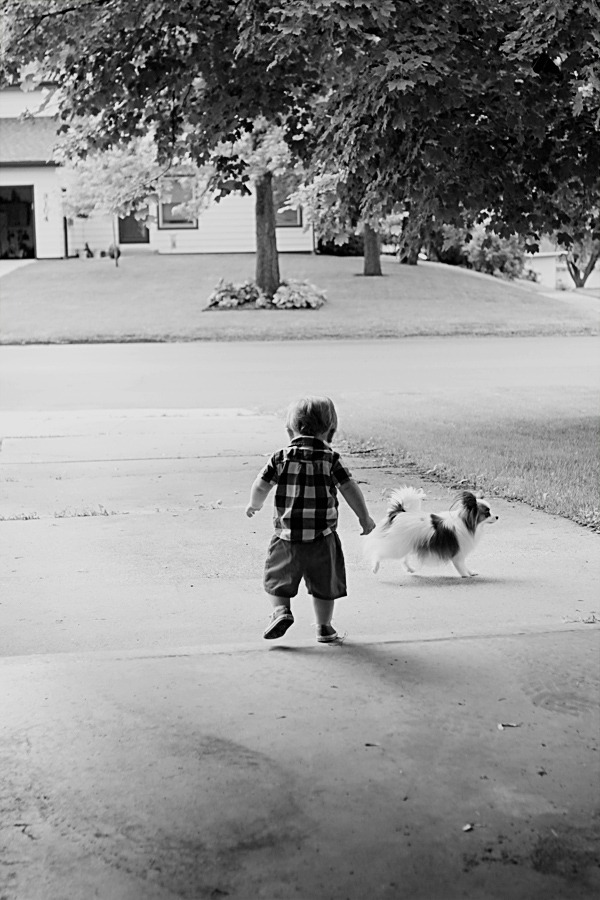