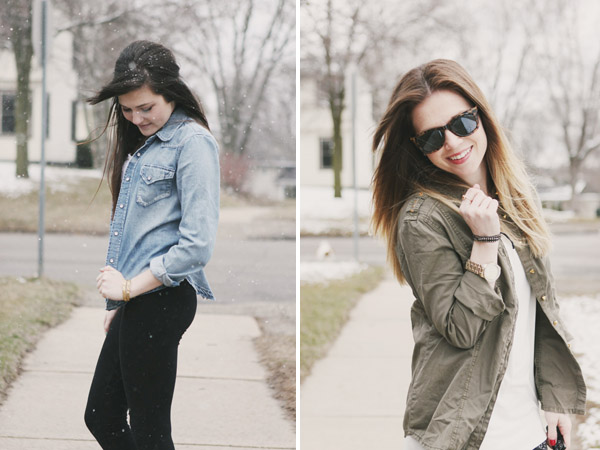 We had high hopes for our mini photoshoot today but mother nature had other plans. At least the snow looks kinda pretty. KINDA. I’m an optimist at heart if you haven’t noticed already so I’ll try to spin anything to be positive.

Hopefully you remember Erin from this post! We’ve been having fun together and she took some of these pics of me today. She showed up at my house wearing a open collared shirt, leggings, and ankle boots. I looked down and realized I was wearing something very similar. Ah yes great minds think alike. 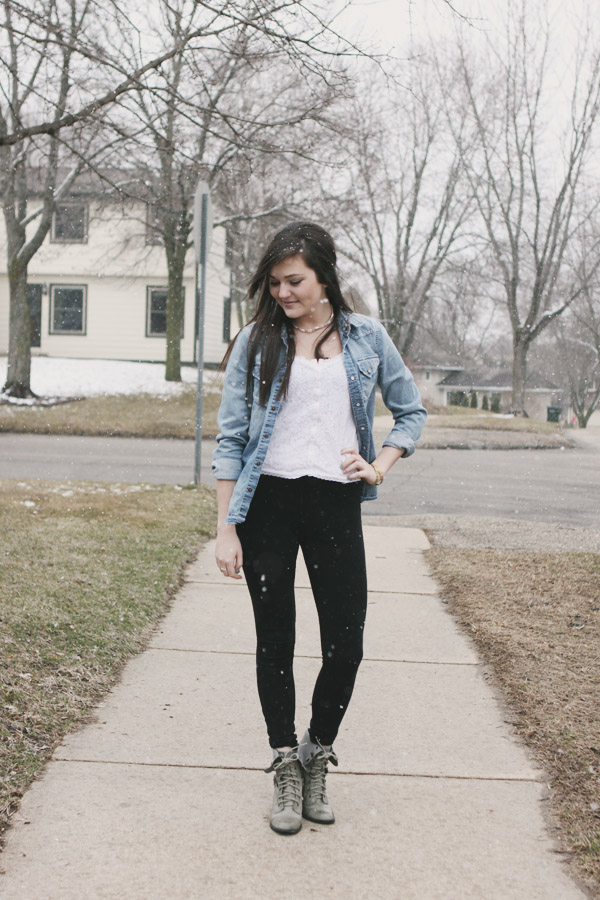 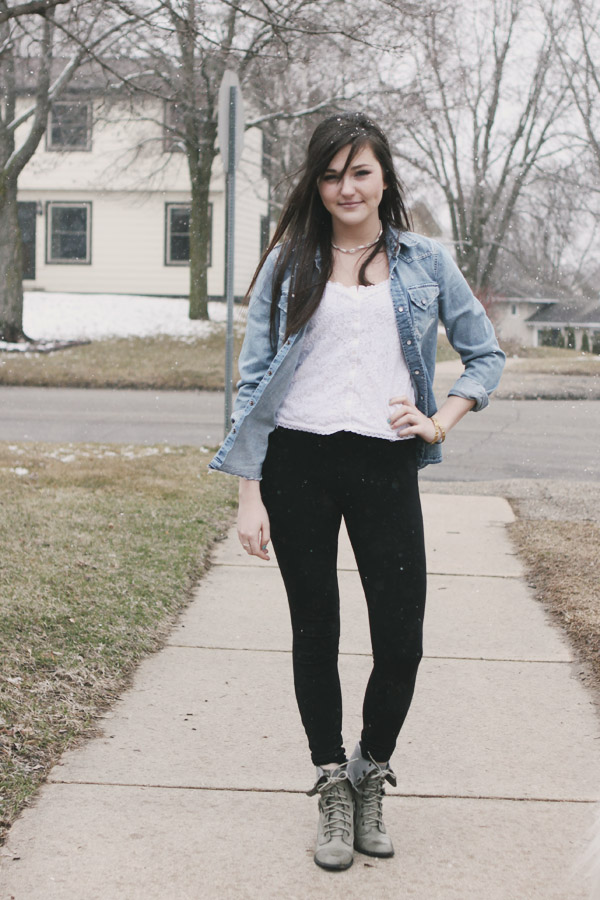 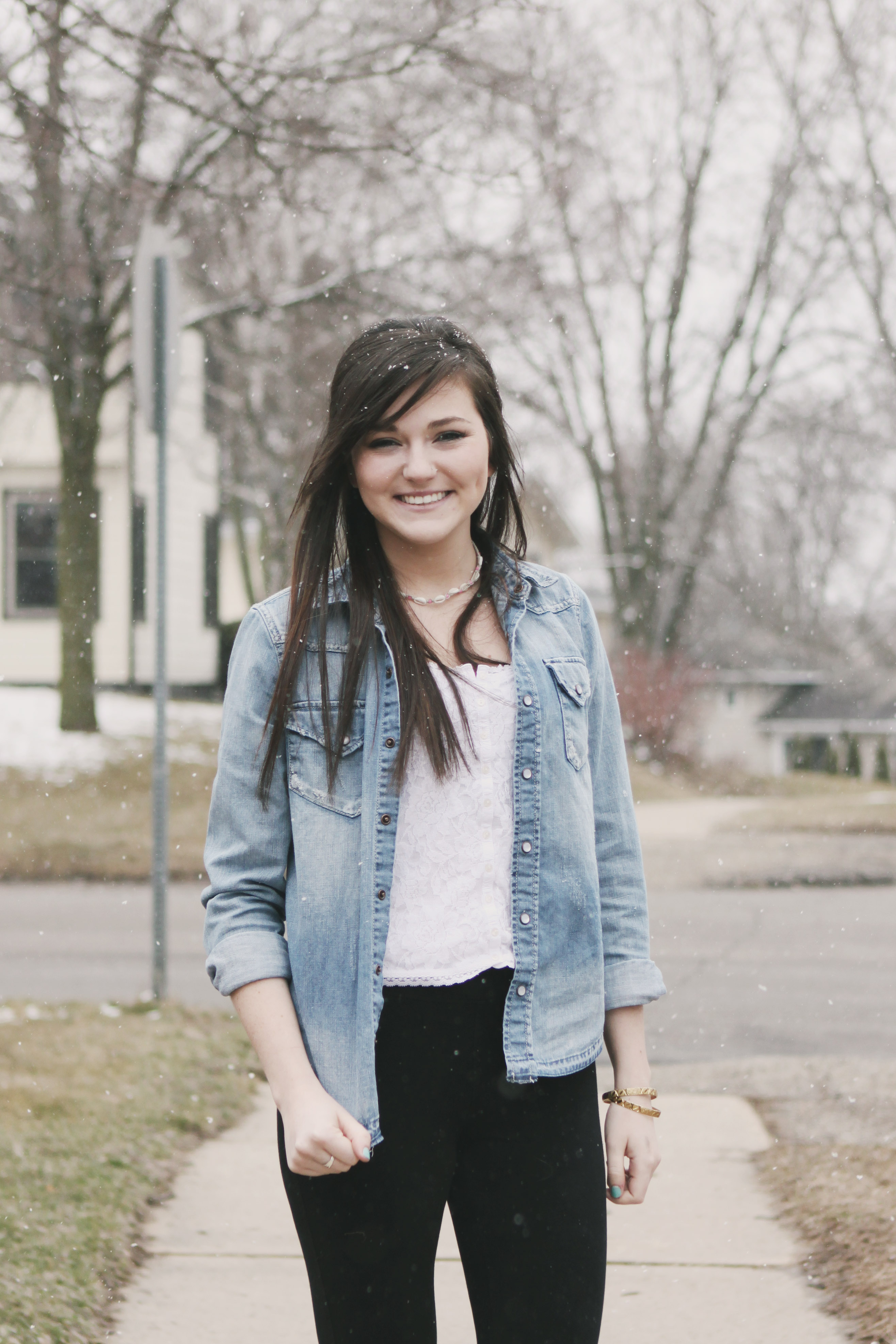 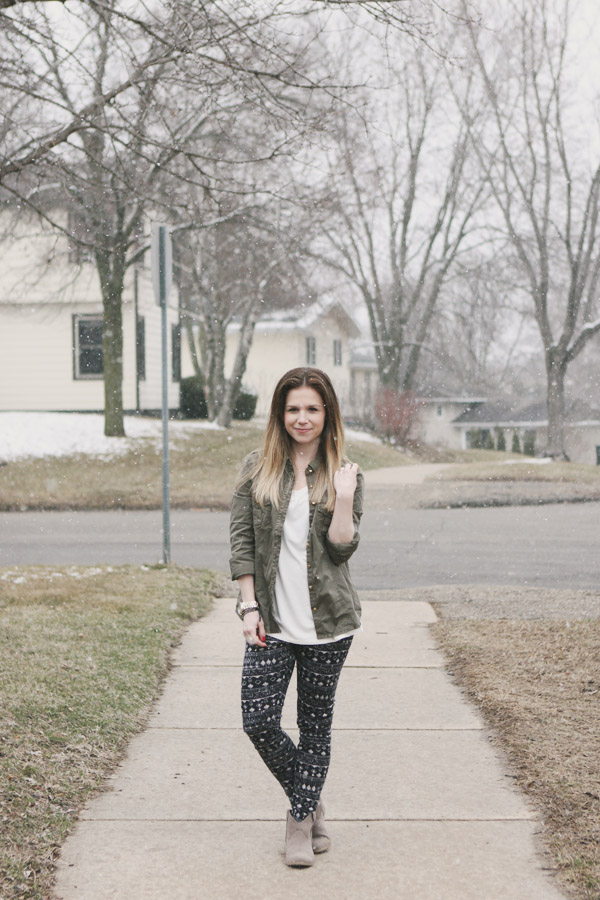 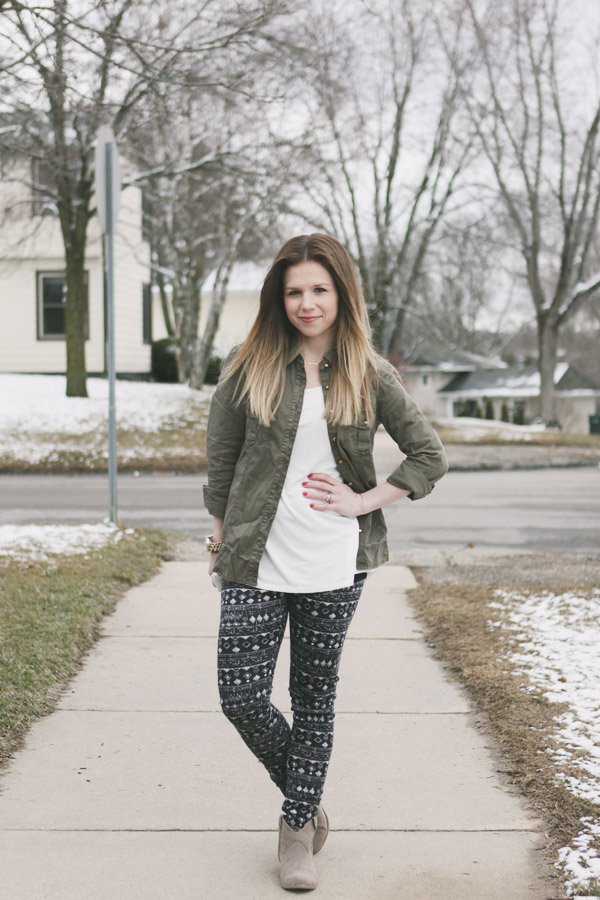 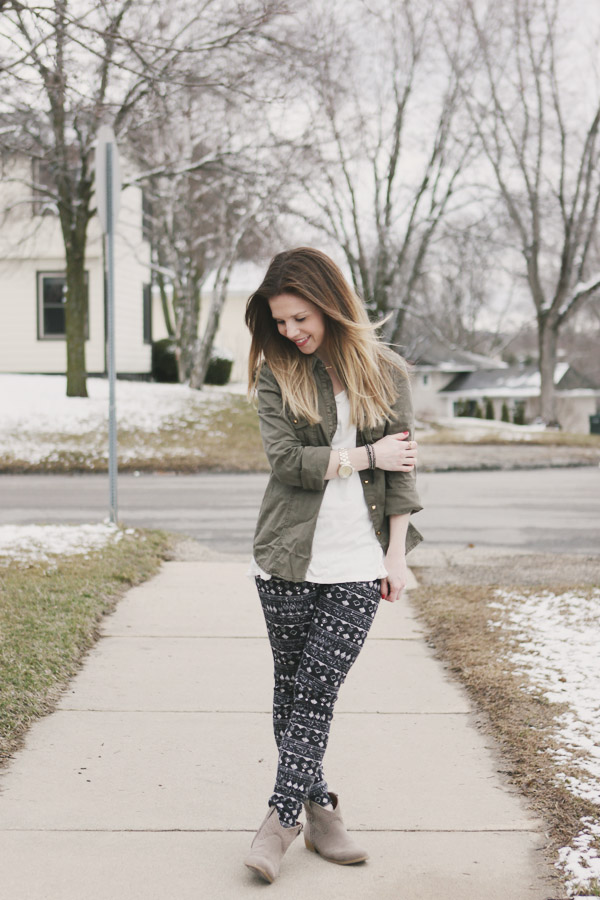 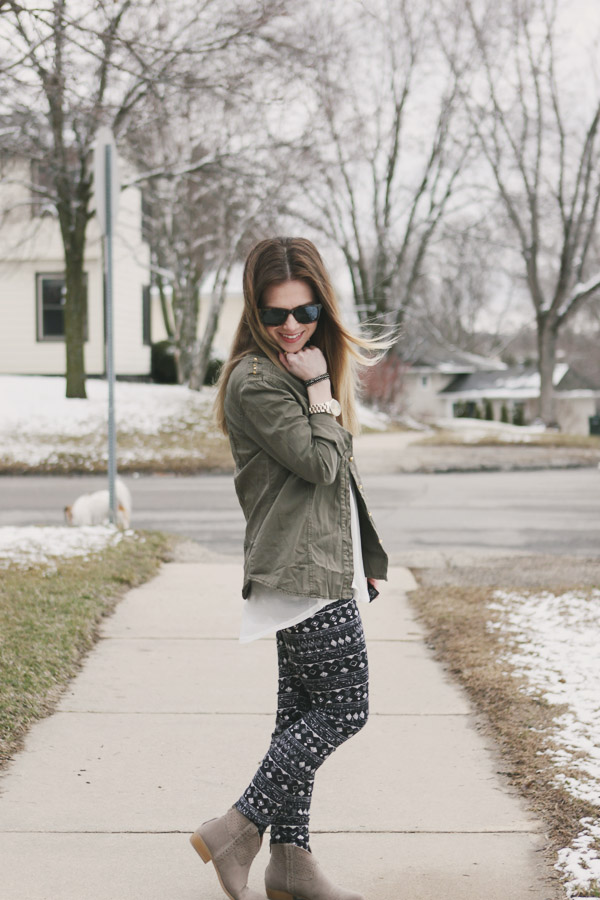 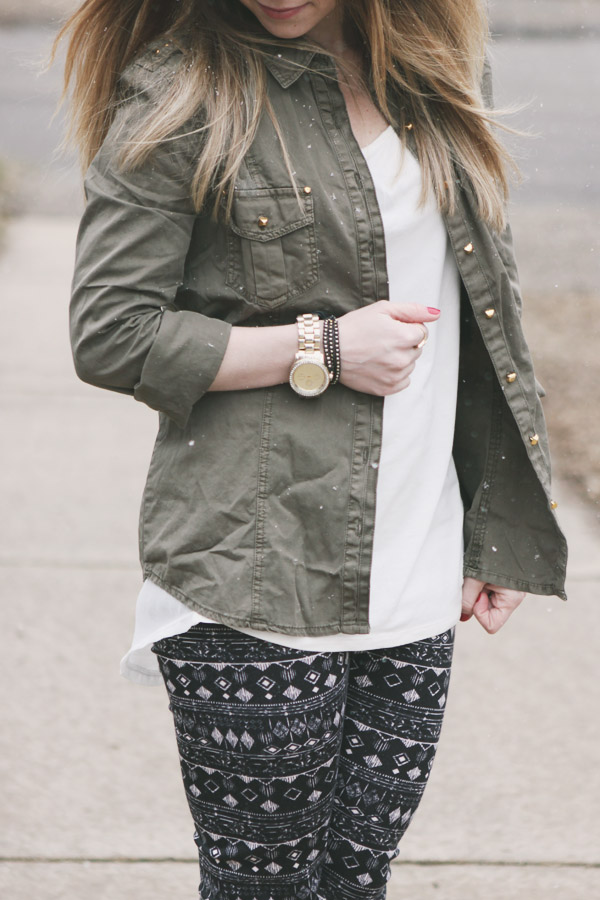