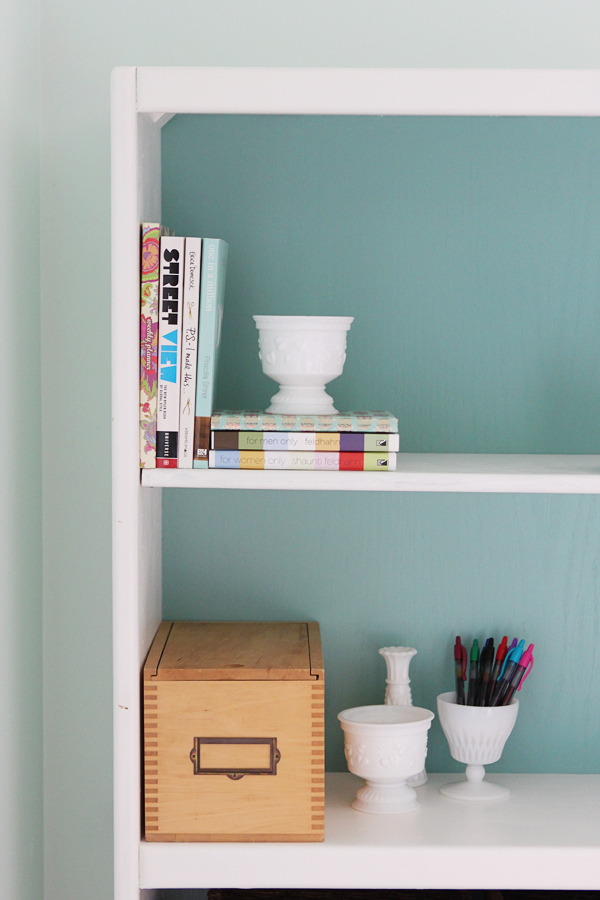 Pretty straightforward before & after today but I just had to show you this because I was going to GET RID of these bookcases before my mom pointed out the potential. I know I must be crazy to even think about dumping them but we inherited them from the previous homeowners, they had a little mold on the bottom, and they were taking up too much space (there’s actually 2 of them). I didn’t have anywhere to put them until my mom suggested moving them into my soon-to-be studio. I actually was not even going to tackle the studio until much later because I knew it was going to cost some $ to get the space up and running. UNTIL we realized these 2 FREE bookcases would perfectly between the window in the studio and would look new with a little paint. 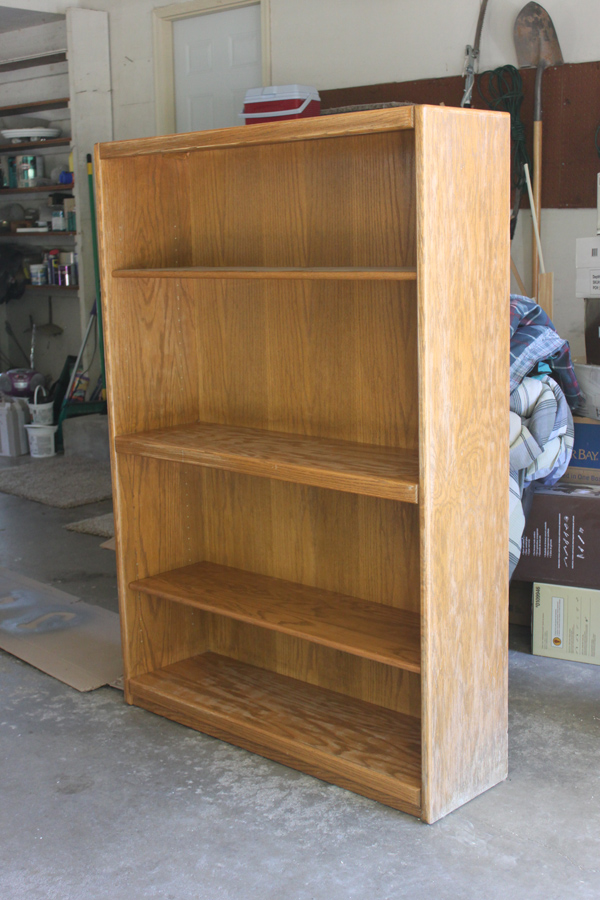 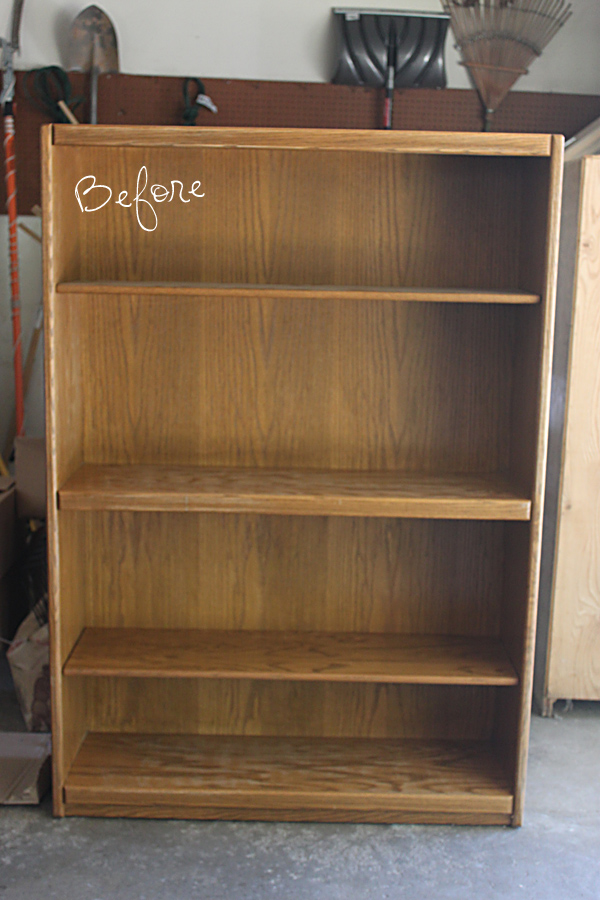 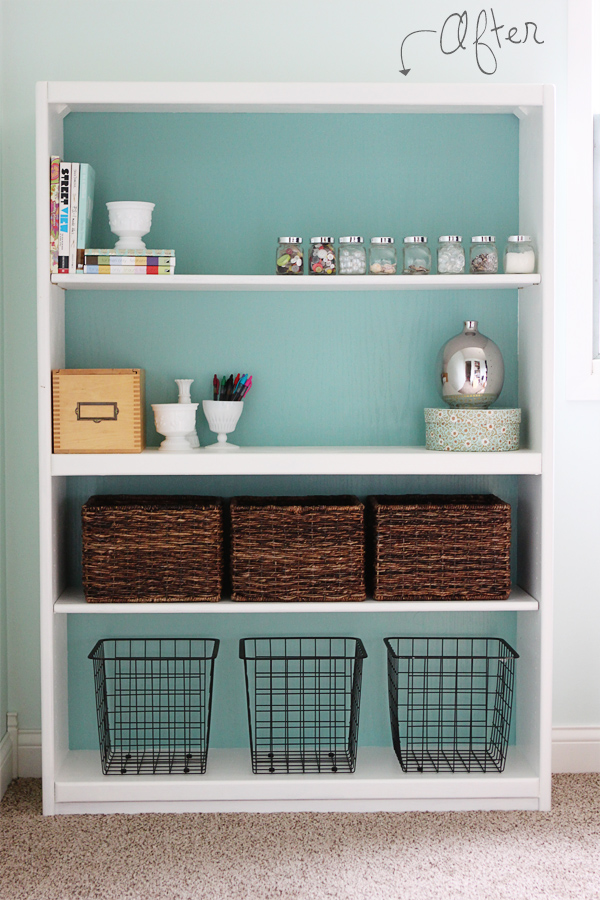 We painted them Powdered Snow from Behr and the inside Hummingbird Blue by Martha Stewart. I actually brought a Tiffany’s box in with me to Home Depot so I could get a teal similar to that. Hummingbird Blue is a grayer, toned down version of Tiffany’s Blue. At first when I got the finished bookcases in the room, I thought oh WOW that is a lot of teal! But I think once I fill up the shelves more, it won’t be so much. The other bookcase is on the same wall just on the other side of the window. I am not done with the studio but I wanted to share this little project anyway. Sometimes we overlook something with tons of potential! 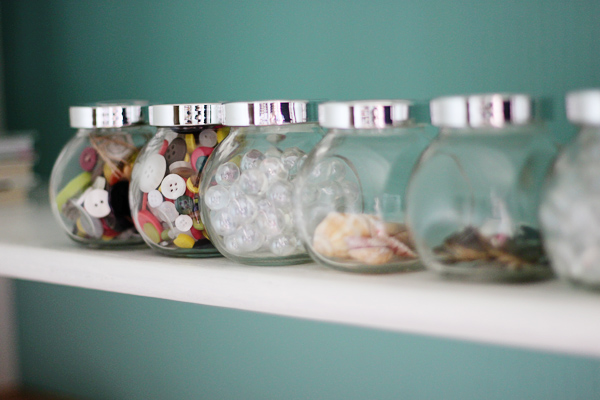 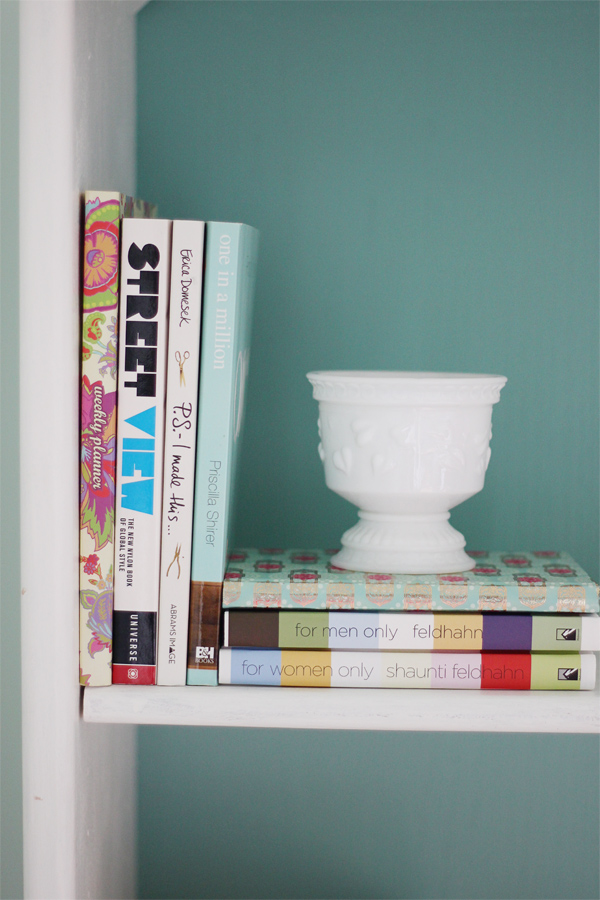 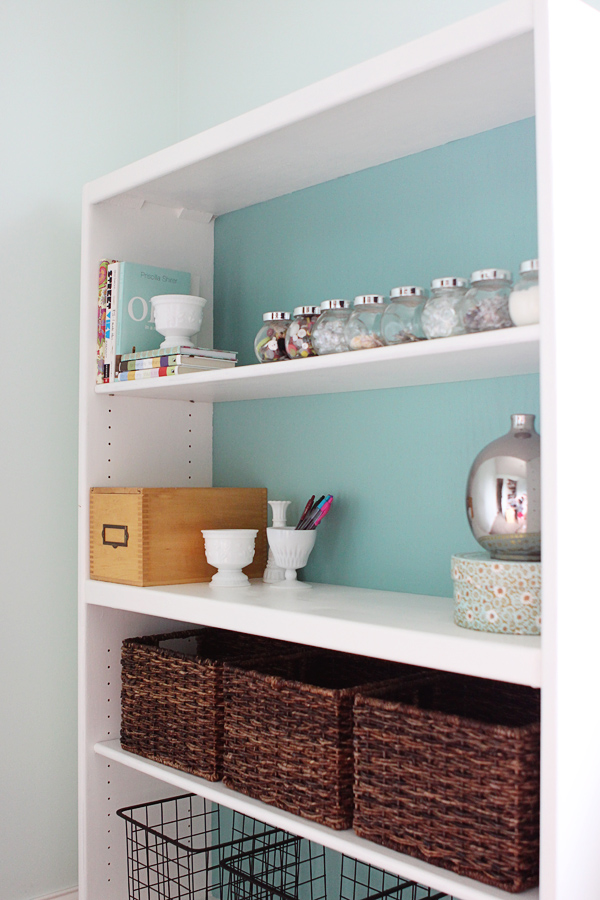