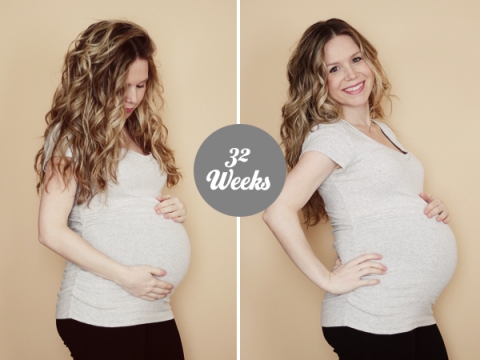 Oh boy, do I feel huge haha. It’s getting a lot harder to move around. Last night I was sitting on the couch and my drink was on the coffee table in front of me and I decided it was too much work to lean over and grab it. Wow. I also watched a little of A Baby Story and that was a bad idea because that made me SCARED. Really scared. The moaning that was coming from those women was just too much to watch. I’m definitely not ruling out an epidural before I experience birth because the saying the pain looks terrible is an understatement. When God said he was going to make child birth painful for women, I guess he wasn’t kidding around. The silver lining though is that after it, I will have a little baby to hold. I’m going to try to picture that as much as I can while going through labor. And yeah I’m probably going to keep the television off of A Baby Story for now 😉 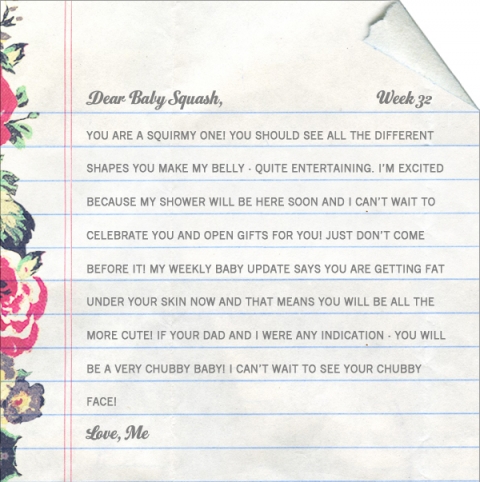 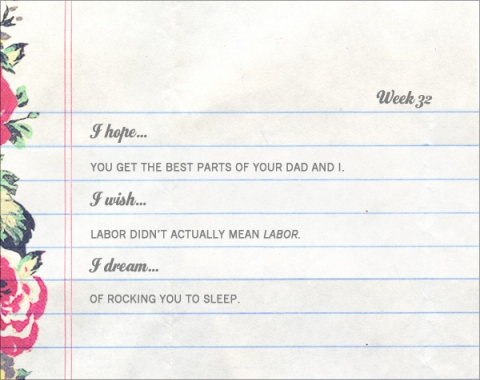